Can we close 'Is the convention for reporting football results universal?' as off-topic?

I voted Is the convention for reporting football results universal? off-topic because it is not about English, but about the reporting of match results (game scores).

There is a broader issue, at hand, of course; but whether this particular question is on or off-topic will help me know how to vote on future, similar questions. Someone might ask, for example, when discussing a marble collection, whether to mention the clear marbles first or the swirled ones.

I think we probably should close it. I am having difficulty conjuring up more than an incidental relationship to English as a language. It does not seem to suggest that it is an English specific practice in any way, and the question is not asking how this should be done in English. Most importantly, even if a case can be made, answering it requires knowledge outside of the English language or even its etymological ties to other relevant languages (unless we expand the definition of etymology to be more than the history of word or phrase derivation). Even if we did expand the definition for our purposes, the best we could probably do is explain the history of how our particular scoring convention came to be, and not what scoring conventions other languages use.

Maybe this could more clearly be phrased as a question regarding whether or not specific dialectical difference between British and American scoring conventions, and specifically ask for verification regarding what the usual American system is. However the title of the question is presently asking if the convention is universal, and if we're counting all of Europe and the football playing world then the scope of the question is much broader than just English. However, I suspect that this is more likely to be divided on a league by league basis than a dialect by dialect basis.

Maybe a moderator can helpfully migrate it to the sports stack exchange beta-website, where they would probably be better equipped to answer this sort of question. A person who regularly watches games and keeps track of the scores in different countries and leagues would be much more likely to be able to provide an accurate answer to this question than any linguist, let alone a specialist in a particular languages.

I think questions like this must be considered individually, and I give this one a pass. It is of very wide interest, and if there is a predominant practice, it can't really be deduced from any sort of first principles. It is like many style related questions, some do have have answers and widely accepted prescriptions.

I figure this is the usage part of EL&U. Also, this seems like the perfect repository for those questions that have do have answers. 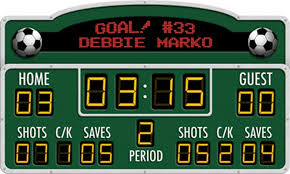 Not the answer you're looking for? Browse other questions tagged discussion status-completed .

1
When should questions asking for the formality of an expression be closed?
0
Are either questions or *answers* purely about how to pronounce things in foreign languages on-topic?
1
Close reason for Single Word Request question
14
How to deal with an erroneously answered question that has been closed with the faulty answer accepted?
8
Can moderators redirect links from badly chosen duplicates to actual duplicates?
4
Can moderators change a close reason from 'Please show your research...' to 'Duplicate of...'?
3
New user asks: Are requests for proverbs and sayings (as opposed to single-word idiom requests) on-topic?
4
Proposal for a policy on mentioning slurs