In the last few minutes, an anonymous user has twice attempted to edit an old answer of mine by inserting irrelevant material that appears to be pushing some political, religious, or nationalist point of view (I don't understand what they mean, and I can't tell what view they are pushing.)

I have twice rejected the edit.

Is there anything that can be done to stop this? 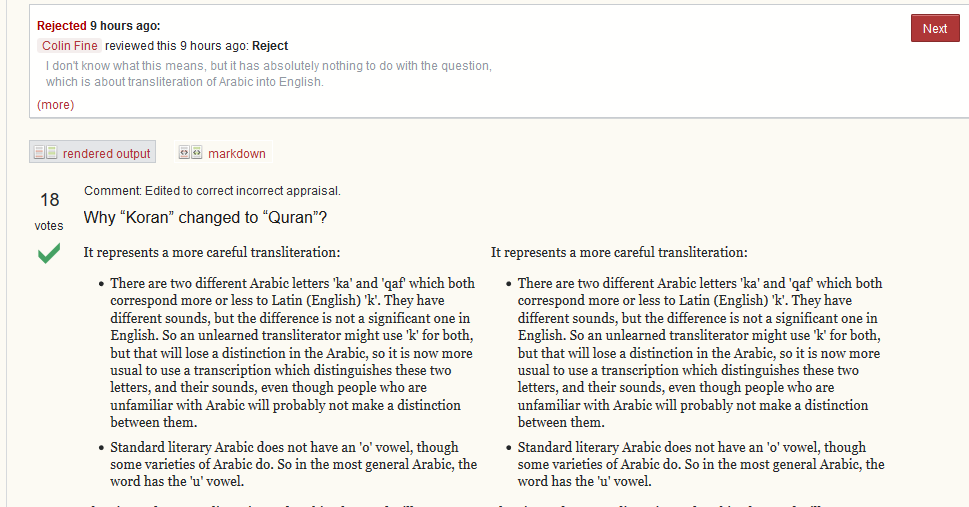 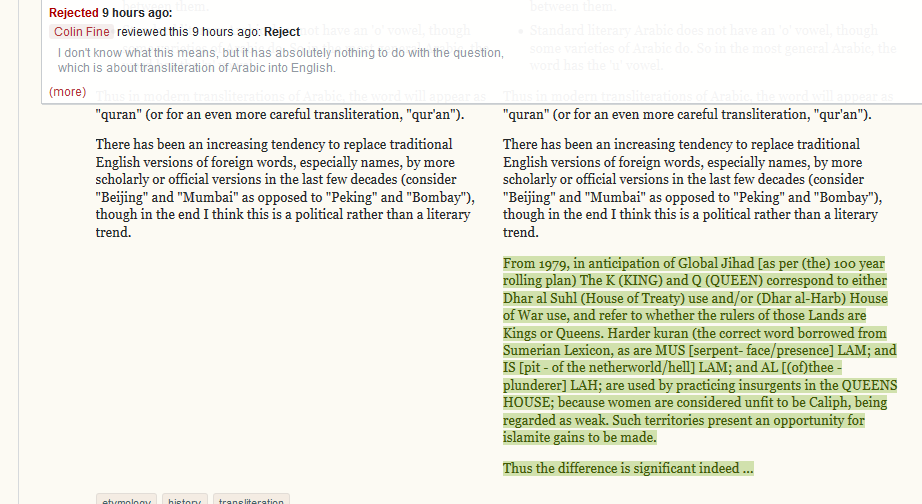 First of all, you were right to reject the edits. With enough rejected edits, anonymous users will get that IP blocked from suggesting edits. Were any bad edits to be approved, you can retroactively reject them because you own the post.

After the second edit, you could have flagged for moderator attention asking for a temporary lock on the question, which would prevent votes, comments, and — most importantly — edits.

However, since it's been a day since the second edit was suggested and the user has suggested nothing more, it doesn't seem like any action needs to be taken.

25
What is wrong with single character edits?
4
What to do about incorrect edits?
57
CyberBullying on SE
2
"Edits" That Change the OP's Meaning
2
Explaining edits in the post
12
How (and whether) to flag a post with an irrelevant picture
2
Reviewing Proposed Edits