Do we have any information on what the "preferred pronouns" are? 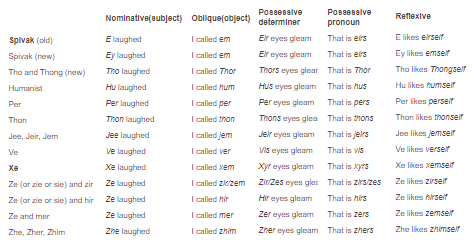 53
Support for Monica Cellio
12
Have we lost some moderators as a result of recent events?

10
Does the "usage" tag have any value?
0
Are the questions about knowledge/information about things described in English appropriate?
3
Are there any ELU-specific hats?
5
Are we planning any festivities for the 50.000. question?
9
What words are offensive in titles? What are the rules?
7
Do we have any control over what gets on the Hot Network List?
8
Are there any dictionaries for AAE?