About the use of international English (namely the word 'dear')

In a comment to He must be asleep for there is no light in his room. What does “for” mean here?, tchrist writes to me:

Calling a stranger dear is at best horribly patronizing with condescending paternalism -- and at worst super-creepy like an internet stalker someone should report to the authorities. Never do this again, honey, for it's far too liable to be taken for micro-aggressions bordering on sexual harrassment.

to which I replied:

I was using 'dear' like billions use it in Asia, including India, Bangladesh, Iran, etc. Its use is ubiquitous, friendly, natural, normal, and does not include any sort of the things you mention. I find your objection to be provincial (maybe you can learn an English not restricted to 10 miles from your house) and bordering on harrassment.

Notice it was tchrist who used the word honey when talking with me, which in some places and among some people (although not all people in the southern USA) may find offense and replete with the sort of stuff he mentions.

As for dear, I make no apologies and expect that asker of the OP received the word in the way it was intended by me. If that is not the case, then yes let's delete my comment.

On dear, let us look at this answer dated October 30, 2015 to the question What is being translated as "hello dear", and why from SE: Linguistics, and note the following about "dear". My list contains direct quotes from this answer.

1 such an expression is common in many languages of Europe, Central Asia and South Asia

2 In Turkey, Arabia, the Caucasus, Iran and Central Asia and South Asia, words like habibi, aziz, can (Turkish spelling) that can all be translated as dear are very common.

3 It is fine between men, even those who don't know each other, a bit like brother.

This is backed up by my personal experience actually talking and chatting with people (including "men who don't know each other") from areas such as, again, Iran, India, Bangladesh.

Rather than be taken to task for my choice of word to the asker, I think I should be congratulated and even--in this case at least--emulated, for 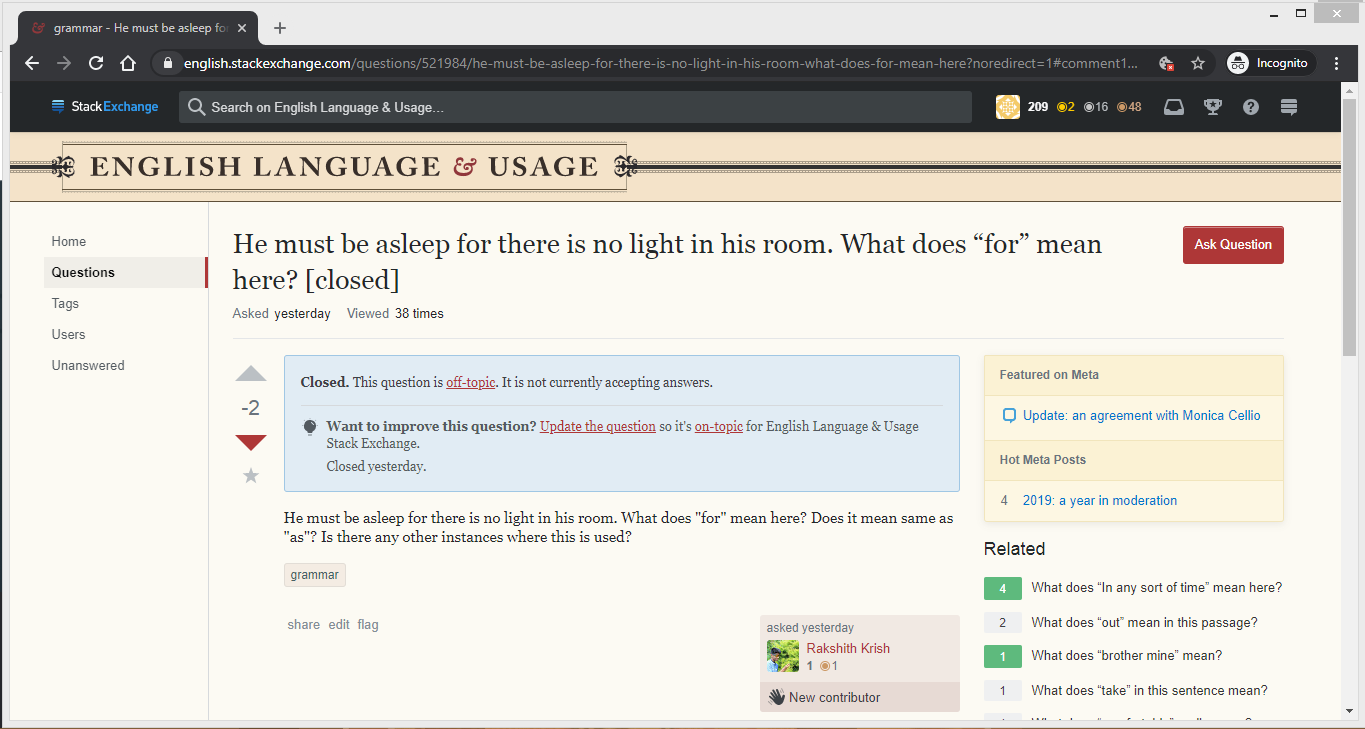 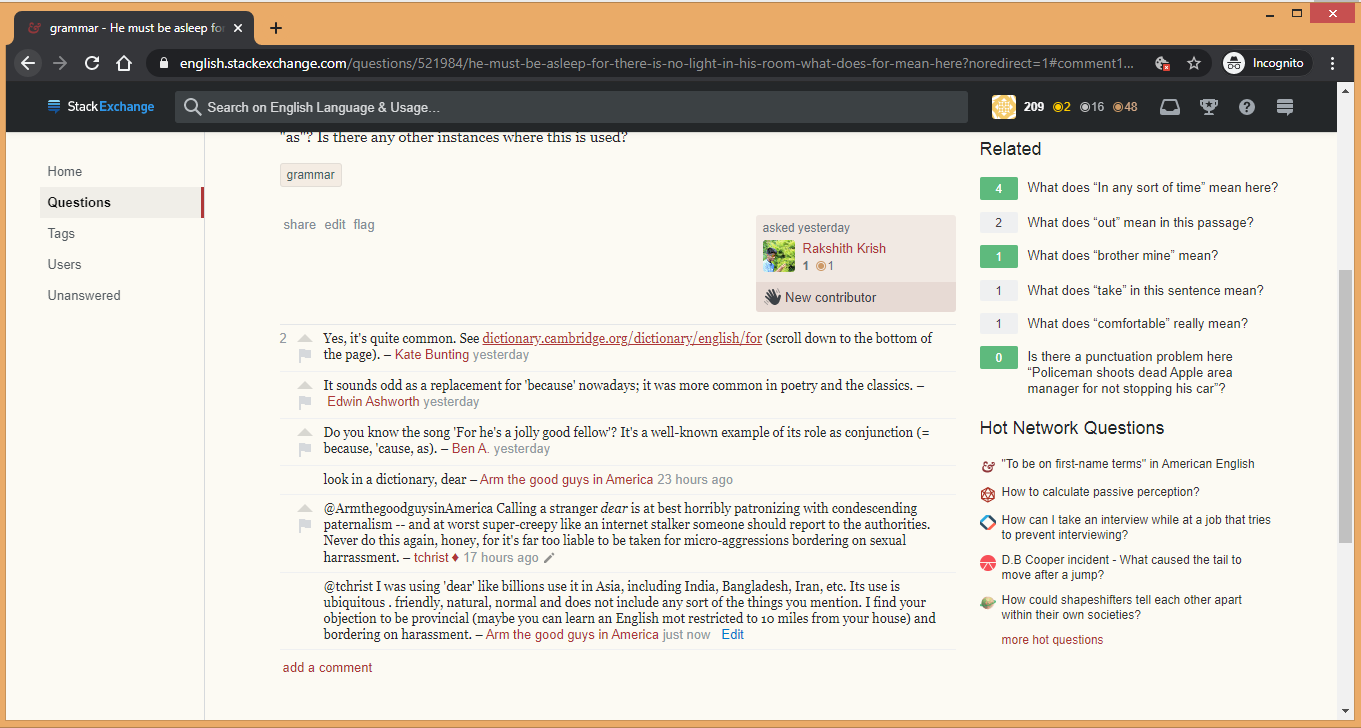 What you do on your own street-corner in your own native language is of no concern to us, but never again do this here. It doesn’t work in our culture.

When people feel like they're being hit on, it makes them extremely uncomfortable — and that’s exactly how it comes across as when you call strangers by intimate pet names like dear, darling, honey, sugar, doll, babe, sweetie, and all the rest of them.

I was hoping you would take the hint by my calling you honey so you would see how creepy what you're doing is, but since you have not, let me be perfectly clear: the Stack Exchange network has a network-wide zero-tolerance policy towards sexual harassment of any kind whatsoever, even perceived not intended, and this language falls under that umbrella. It has no place here.

I agree with @tchrist . I'm a Brit and English is my first language and I would have found such a comment to be condescending, overly familiar and possibly an attempt at intimacy. I think it is important on the internet to be even more careful (not less careful) than in daily conversation as there is no body language, facial expression and tone of voice to assist in interpreting ambiguous remarks.

Not the answer you're looking for? Browse other questions tagged discussion community-building .

8
How about getting rid of the [english] tag?
9
Use "single-word-request" for phrases?
3
Are questions that set apparently arbitrary restrictions to the word to use constructive enough?
0
Are the questions about knowledge/information about things described in English appropriate?
14
Moderators’ policy on hectoring
9
Moderators' policy on zinging
15
Are questions about the use of italics in English off-topic?
3
Why was my flag declined, and can we close this question?
1
Questions about English Literature