This was separated from another meta-question, which might provide additional motivation and context for this question.

Motivation. EL&U currently has a lot of questions that deserve to be improved. The main content and meaning of these questions is appropriate for this site, but the questions are presented poorly and could possibly also benefit from added context or detail.

Since SE sites are part-wiki and the posts belong to the community, it would benefit the EL&U site and community if more of its members edited or suggested edits to posts that deserve to be edited. Such posts include posts whose core content has merit. Such edits include fixing disruptive spelling and grammar mistakes; adding links and references; and adding context, supporting evidence, or details to make a question more complete.

EL&U could encourage users to edit and suggest edits to posts that deserve editing by making the edit link more prominent. Currently, the only sign that I see that posts even can be edited is the small, low-contrast, text link at the bottom of a post. It is the smallest thing on the post, alongside flag, share, etc. Compare this to, e.g., the prominence of the voting buttons. Unless a user has read somewhere that editing is allowed and encouraged on SE sites, they are unlikely to know this. At least, the edit button does not give this impression.

I am providing this motivation purely to give context and my own personal reasons for why I would like to see the following proposal implemented. But the motivation is inessential to my proposal. Please vote on the proposal only and not on the motivation. My question is solely about whether or not people support the proposal.

Proposal. Increase the prominence of the link to edit (and suggest edits) a post. This could be done by increasing the color-contrast or size or by changing the placement of the link. For example, it could be highlighted by changing its background color or relocated to directly beneath the voting or favoriting buttons.

My first personal thought is to move it to below the voting buttons, but I have not debated this idea much yet.

Secondarily, I think that it would also be helpful to have a tooltip saying something like "Improvements are encouraged!".

Edit to include examples. I changed the html in an example page and took a picture of the results in my browser. These changes all required less than one line of code. The color choice is not optimal since I couldn't match exactly the site's color scheme by guessing quickly. These are just examples to give a general idea. I think these examples could all be tweaked to be better! I captured a large area of the page to give a better sense of the overall impact of the changes.

I added comments to this question for the purpose of voting on a particular change to make, if you support making a change.

By the bye, I also suggested edits to this question that have not yet been reviewed! :^) 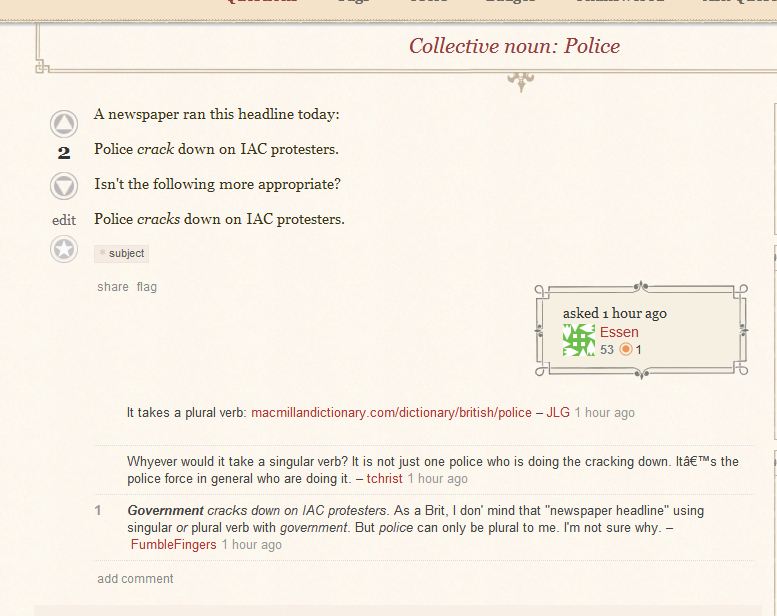 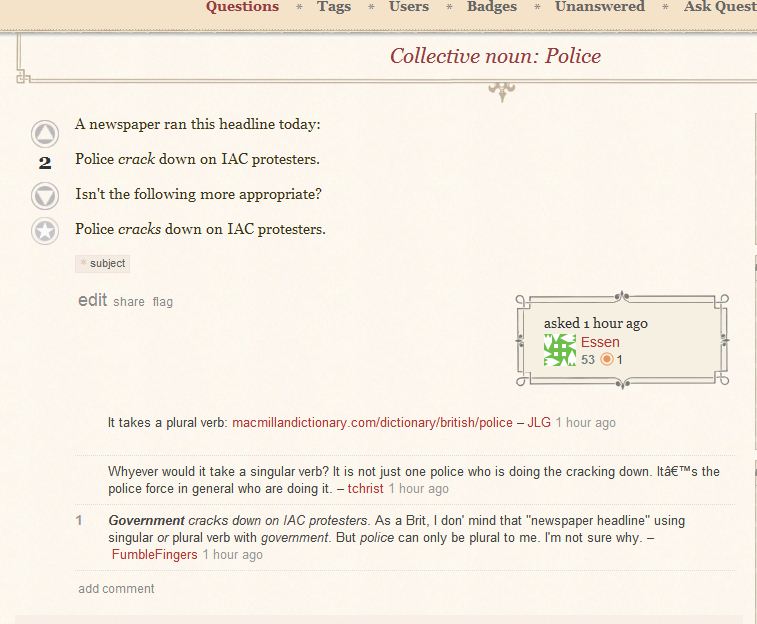 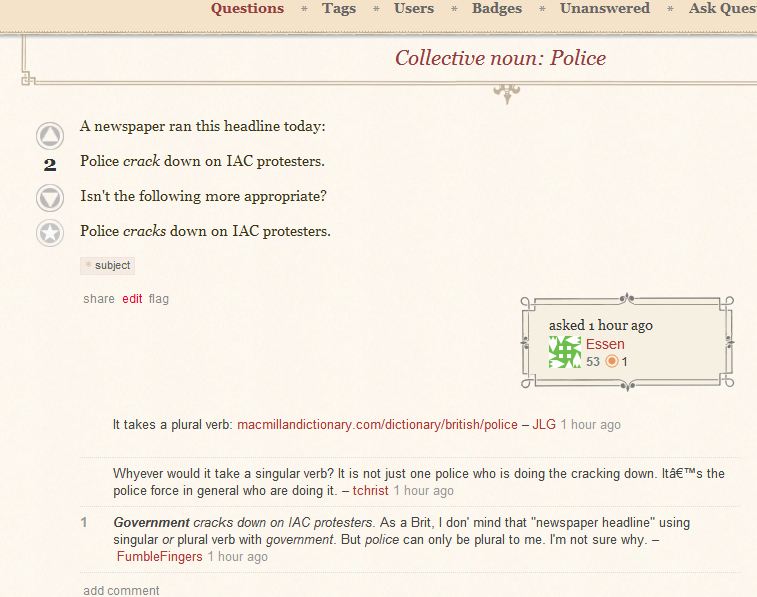 I guess this question got spun off from the other one, so I'll migrate my answer as well :)

I don't object to encouraging folks to edit, per se, but the FAQ does so already and the "edit" button is pretty prominently visible. I'm not convinced that any more reminders would be worth the programming effort.

I also think that if you hang around the site for awhile and constantly see "Edited by (so and so)" next to posts, that makes the editing feature hard to overlook.

For what it's worth, after listening to you guys here and elsewhere and thinking more, my own personal solution is to encourage editing by word-of-mouth. (That is, the encouragement will be by word-of-mouth.) I will suggest it in comments on main and in answers and comments here when appropriate.

-3
Proposals: EL&U needs more users to improve questions by editing and some ideas to achieve this

3
Avoid allowing users to propose another edit within X minutes when previous edit proposed from same user and for same post has been rejected
3
Feature request: Rounded quotes in WMD toolbar
21
Time for an ELL link on the main help page?
4
Proposal: Require a whitelisted URL to close as General Reference
13
Warning to a user who posts the "same (exact) answer" and answer "without any reference/research"
1
Should there be a limit on the number of edits a single post generates?
45
Warn people of the rules for [Single-Word-Requests] before posting