iPhone display is (almost) identical for EL&U and ELL

I am bereft of my laptop. Until recently, a friend of mine had lent me his mini computer while my laptop gathered dust at a friend of a friend's house who had promised to fix it. The lender has reclaimed his itty-bitty computer, so now I am forced to use my secondhand iPhone 4 to surf on the Internet and I have made the following observation.

The banners for both sites on my phone are virtually identical. Their titles get cut off at "English Language & Us..." and "English Language Lear..." The colour themes are the same, the layout identical. It's no wonder new users are unaware of ELL's existence. You can't tell the difference!

Is this a well-known design defect? Because to my mind, it is a defect: users and visitors should be aware they are on two different sites. Considering that the number of mobile/cell/tablet users will increase over time, and PC users will decrease and eventually expire, I suggest this design issue should be swiftly dealt with.

I have no idea if the same design 'feature' is evident on tablets or other devices which allow one to surf on the net.

EDIT
I've also noticed the following missing privilege features:
1) There is no review queue.
2) I cannot see the number of upvotes and downvotes a post has received.
3) The number of visits a post has attracted is not displayed.
4) There is no editor 'toolbox' nor preview feature.

Finally, there is little difference between the normal text and a quoted excerpt. The latter appears indented on my display, whereas on a computer monitor, the citation is formatted more effectively. 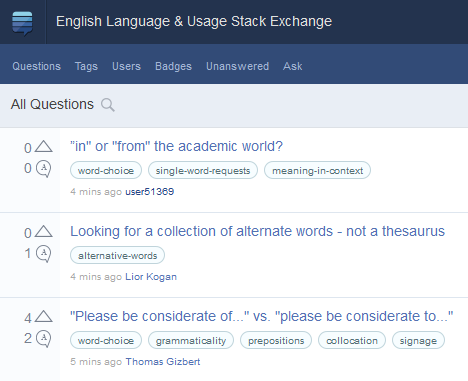 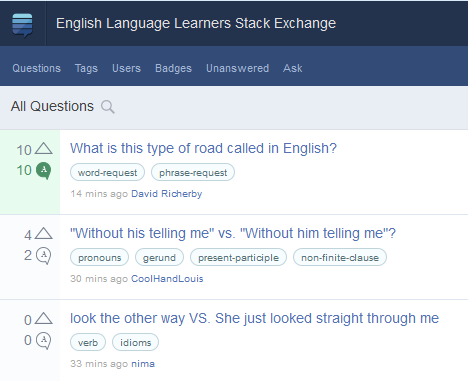 Perhaps we could have something which uses the colours of the main-site theme: 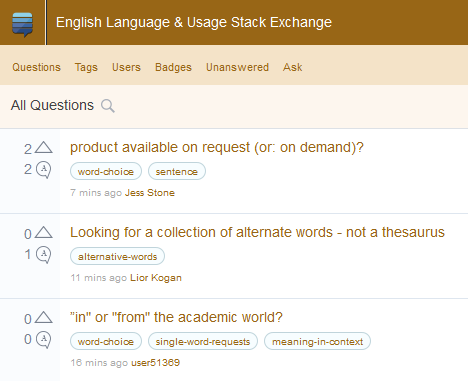 Not the answer you're looking for? Browse other questions tagged discussion design mobile .

-4
What Just Happened?
1
Could we have this header on the mobile site?

7
10k tools flags page display problem
66
What is the difference between ELU and ELL?
11
Cross-posting simultaneously on ELU and ELL
1
Two identical close reasons?
10
Automated display of relevant ELL links in the linked questions sidebar
19
“we tried to fix it”