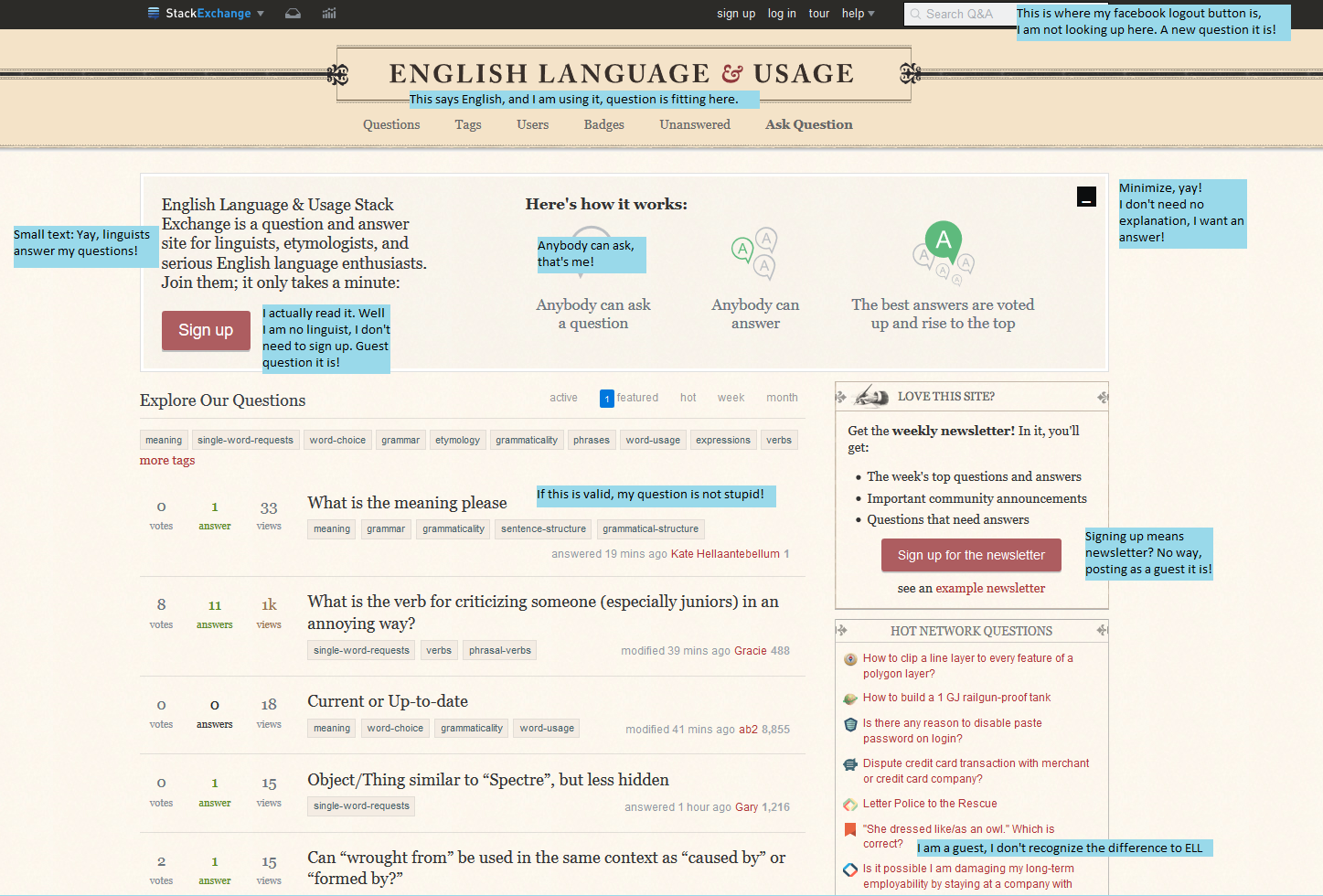 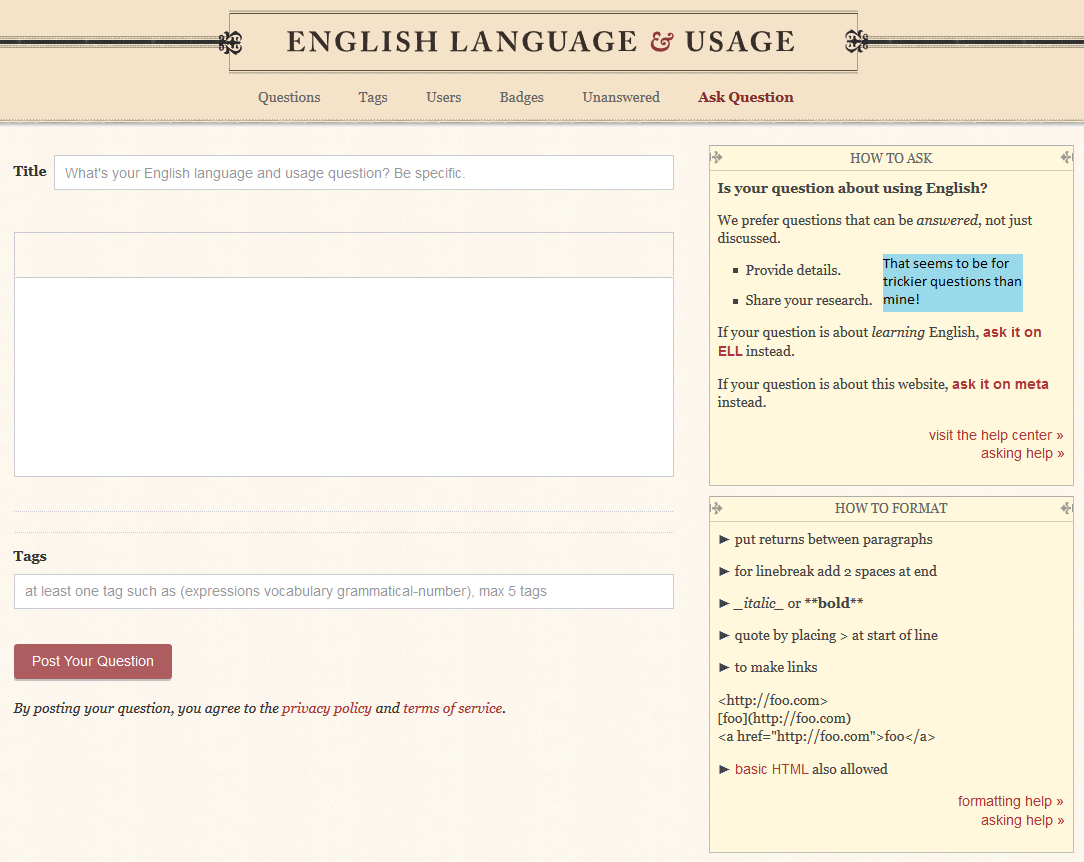 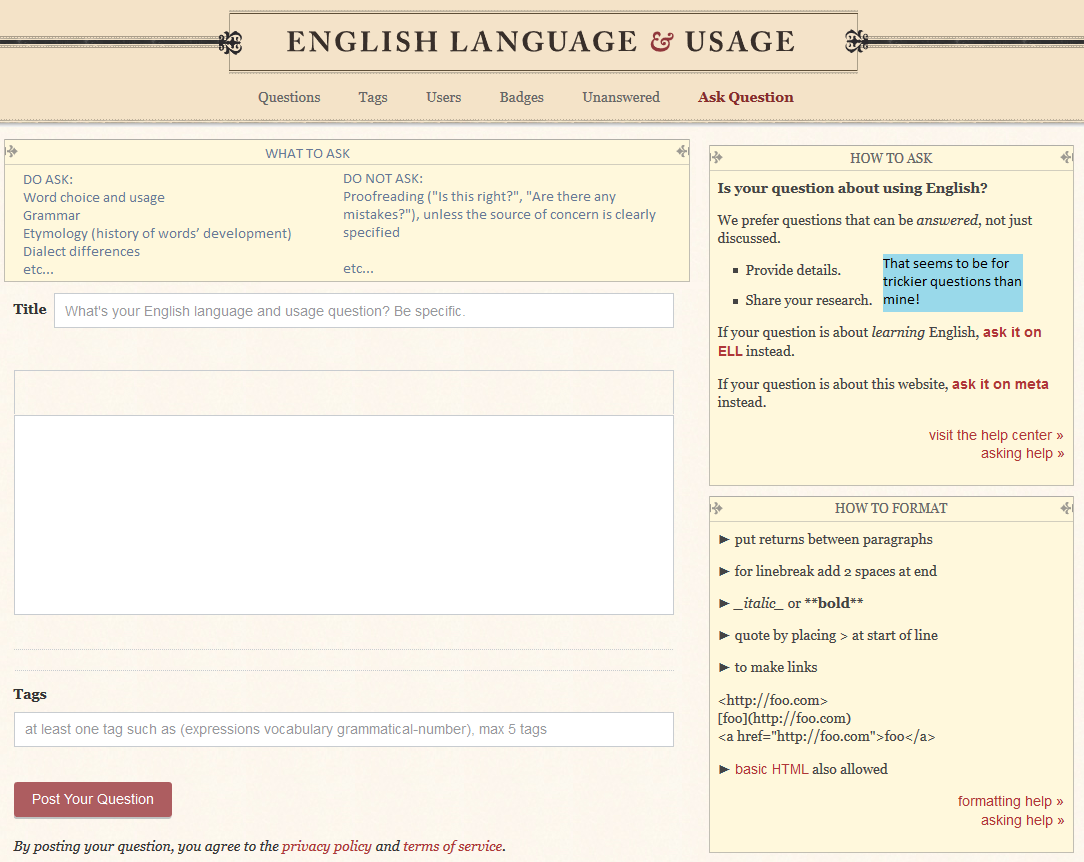 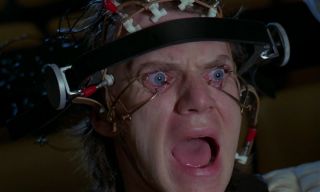 21
What can we do to make this site more "intimidating"?
33
Has anyone thought about changing the name of this site?
24
Excessive number of fundamental questions
1
Renaming ELU to EnglishOverflow
33
Can a placeholder text be added to the question body box?
13
Is there anything we can do to get fewer off-topic questions?
11
Hoop-jumping for new users: multiple choice quiz!
-16
2016 Moderator Election. Meh
13
Amend the “proofreading” close reason

1
Can we reverse the trend on low quality questions?
17
Extraordinary spike in low-quality questions by 1 rep users
10
Should I trust a suspended user?
6
Why must we assume that earlier answers are better, especially when they are not even related?
4
I wrote an answer giving an important comment on another answer but my answer was deleted - what was a better way to proceed in this case?
12
Improving the newbie warnings on "low-quality" answers
13
Can we not assume questions are going to be bad?
10
Becoming more welcoming to new users, how?
13
Why can't we add video (or even audio) clips to posts?