Bug in the late answer queue?

Why did this four year old answer appear in my late answer queue? 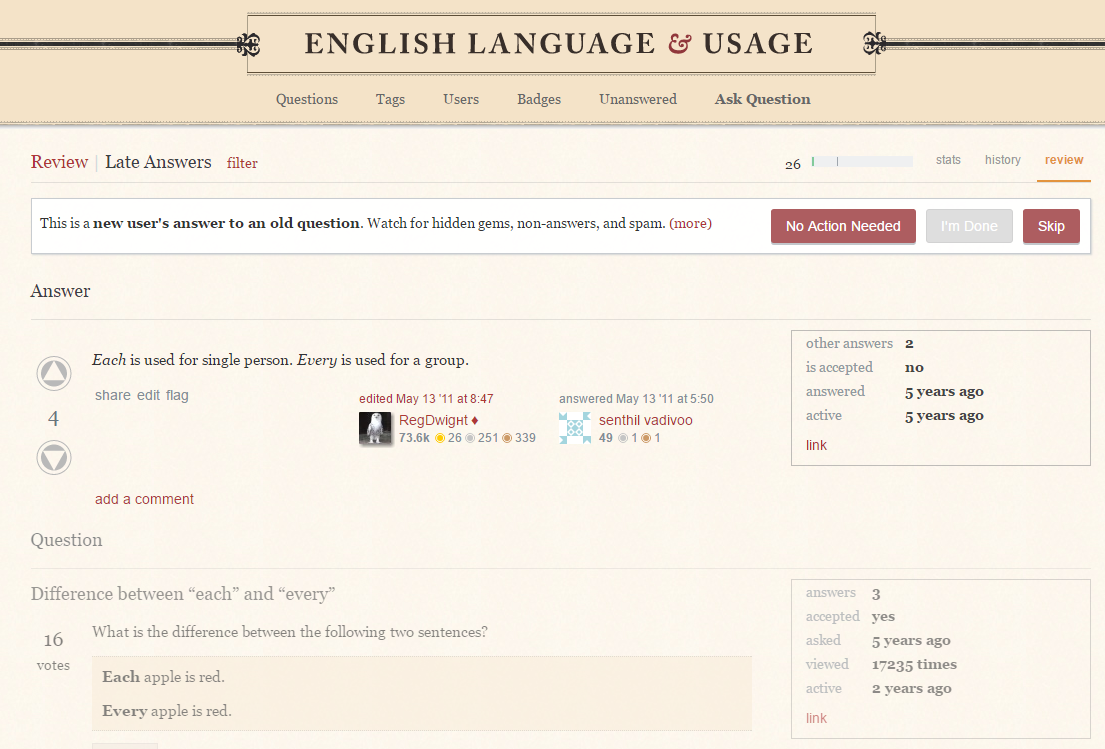 In this case, the user got five upvotes, pushing his reputation to 51, above the threshold. He was above 10 rep when the late answers queue was implemented in 2012, and above 50 rep when the limit was raised in the last year. So the post never previously met the late-answer criteria.

But, apparently recently, this answer got a downvote, dropping the user's reputation to 49. This caused the criteria to be met—the question was more than 30 days old when this answer was posted, and the answerer's rep is <50. So it now appears in the review queue.

Not the answer you're looking for? Browse other questions tagged bug status-bydesign .