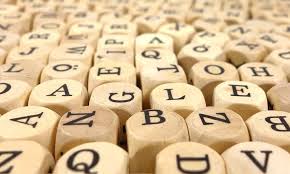 Thoroughly un-self-deprecating, quasi Renaissance Woman of questionable sanity, obsessed with unladen European Swallows. Prone to bouts of contorted logic, liminal gardening, and cerebral incontinence. Member of Team Oxford Comma, fan of em dash coziness, and fancier of paper books. My personal manifesto holds that the apocalypse will be caused by apostrophic abuse, not reanimated corpses. I mean, come on—zombies have never caused as much wanton damage and destruction...never mind fear and absolute loathing!

And fwiw, I am a native, American English speaker; that is, born, raised, and so forth, in the United States. I am not, however, a Native American. Nor a native English (RP) speaker, because our loverly cousins across the Pond will argue that "In America, they haven't spoken it [English] in years!" I digress.

Anyone who is interested in my geo-regional-dialectic unreasonableness should be warned that I was raised speaking High Minnesotan at home, while growing up in New Jersey. The cognitive dissonance created by hearing my best friend exclaim "Oy, Moy Gawd!!" during the day, then being force-fed Hot Dish* in the evening, required modern psychology to create an entirely new axis in the Diagnostic and Statistical Manual of Mental Disorders.

Subsequent residency in eight more of the fifty states (some considered sovereign and exotic countries) only exacerbated the frightening patois, resulting in prima facie evidence of irreverence, incredulity, and insouciance: e.g., "Hey, ya'll, it's fixin' ta rain pitch forks an' lil' babies, so youse guys bettah get yah tennies in off the lanai."

Alas, having acquiesced to the Land of Ten Thousand Lakes, F. Scott Fitzgerald, independent presses, chamber music, and moonlight on snow, I have succeeded in booting offspring (earning more than I do) from the nest, and enjoy living life in—if not exactly Camelot—a sufficiently Silly Place nonetheless (Silly Walks—optional.)

*For you purists out there, I will have you know that in Minnesota, Hot Dish is considered not only a proper noun (hence the requisite if little-known capitalization), but also a cultural icon protected by the State of Minnesota's avant-garde constitutional amendment protecting agribusiness mafia's Right to Produce and Sell Cream of Mushroom Soup, Creamed Corn, and Tater Tots, with a permanent, incontestable exemption from safe food laws—instead being classified under the Foreign Substances Act and Generalized Experimental Random Drug (G.E.R.D.) statutes. If you are intrepid in the extreme and wish to contact me for whatever inscrutable purpose, you are brave beyond reason, and may try your luck at linguaphile.sc@gmail.com

We respect a laser-like focus on one topic.