Why was this question put on hold as primarily opinion-based?

This question seems to feature a recent phenomenon that clearly falls under language, even English language and usage; it is interesting, clear, and important. It is also tagged correctly.

I wonder what is opinion-based about sorting emojis in a dictionary. This is not rhetorical; I wonder in earnest. In comments, one of the close-voters remarks:

I just don't think this is about English Language and Usage- OED’’s decision notwithstanding. And even if it was, you’d only get opinions on what the OED might do unless 1. There’s someone here that represents the OED or 2. The OED has some sort of published paradigm that we could quote- but then that would be GR.

I expect there to be a clear, definitive answer. It is another thing entirely that we do not know how to answer it. Anyway, I don't. Is that a reason for closing it? It is apparently anticipated by the close-voters that no one here knows the answer. Why? And, if this is general reference, what isn't?

@WayfaringStranger- that's great. I know how they're represented. I just don't think this is about English Language and Usage- OED’’s decision notwithstanding. And even if it was, you’d only get opinions on what the OED might do unless 1. There’s someone here that represents the OED or 2. The OED has some sort of published paradigm that we could quote- but then that would be GR. – Jim Nov 19 at 1:36

There is no accepted way to alphabetize things that are not part of the alphabet. The OED may or may not include emoji in their dictionary, but where they would be listed is, at this point, a matter of speculation. It is also somewhat arbitrary. Thus the question is asking for guesses, and that isn't what we do here.

Because there's a group of country matters (in the Shakespearean sense) with high reps around here who never post questions (as they already know everything) and whose mission in life is continuously to demonstrate to others that they have power over them. Editing questions, closing questions, putting questions on hold, it's all they do all day. They barge in unbidden like a veritable schoolmarm of yore, saying in a gravelly voice, "Now, now ..." 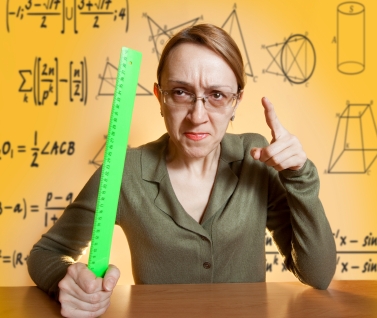 You know: some people collect stamps, others like to sing in karaoke bars, still others favor reading classical literature; and then there are frustrated schoolmarms, or the publishing industry's editor corps rejects, or whatever these country matters are.

Now watch them rush in to downvote this.

Not the answer you're looking for? Browse other questions tagged discussion closed-questions .

12
Why are these questions about percentages closed?
7
Is the rhetorical perspective out of place in English Language Usage-StackExchange?
0
Is 'not a real question' a misnomer?
28
This misnegation question should not have been closed
0
Are either questions or *answers* purely about how to pronounce things in foreign languages on-topic?
1
Close reason for Single Word Request question
2
("on hold" again) Why is this question closed, when the reason listed does not seem to be correct?
5
Why is a question about pronunciation "opinion-based"?
2
Should this question about the meaning of "a friend to all is a friend to none" be reopened?